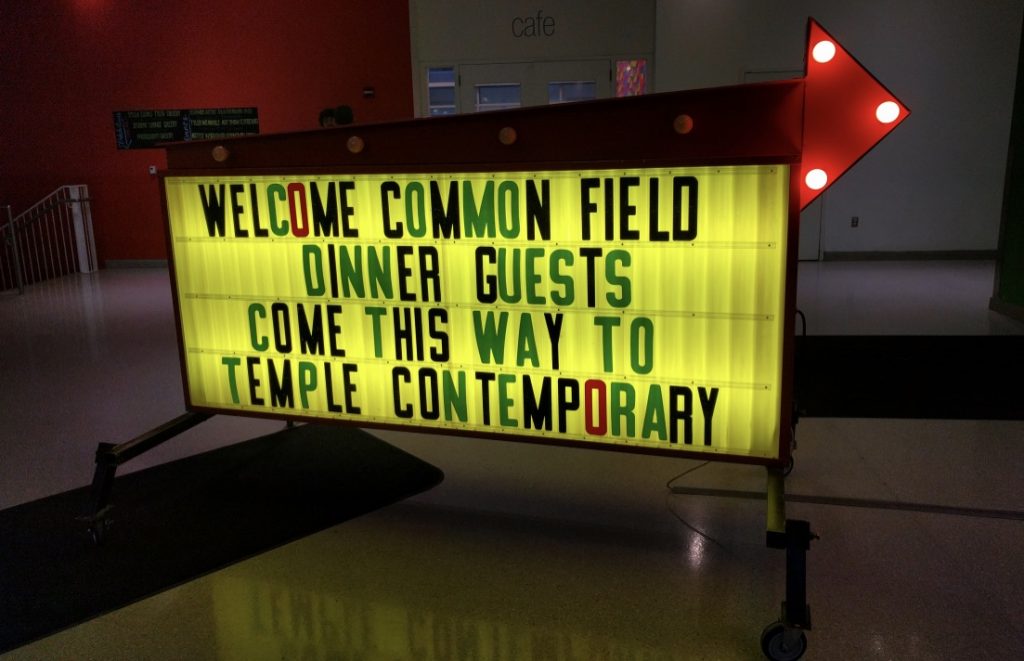 I was lucky to be able to attend some of the Philadelphia Common Field Convening back in April. It was an inspiring gathering of arts organizers, artist collectives, and small-scale arts organizations from the U.S. and Canada.

I attended plenary and breakout sessions that featured the work of Temple Contemporary (Symphony for a Broken Orchestra), Monument Lab, Blackstar Film Festival, Creative Resilience Collective, Drum like a Lady, Li Sumpter, Beta Local, and Creating our Future Dallas and Fort Worth. I won‚Äôt rehash the content of those sessions here, because Common Field is going to publish video of the plenary sessions and notes from the breakout sessions on their website in the near future (Yay for documentation for learning and knowledge capture!). But I wanted to highlight some of the ‚Äúextra-curricular‚Äù events I attended that featured Philly artists‚Äô engagement with contested landscapes.

On Thursday, artist Talia Greene offered a pre-convening tour of her interactive mural ‚ÄúCharting a Path to Resistance‚Äù at the Philadelphia City Archives. The mural is a map-inspired grid that displays a redlining map of Philadelphia along with other documents related to local resistance to slavery and housing discrimination. Reproductions of select documents in the mural are scannable with an interactive app. Within the app, the ‚Äúhot spot,‚Äù documents reveal an animation and then an audio and text narrative about the document. The target audience of the app is youth and school children, but anyone who comes to the building during business hours can check out a pad from the info desk and explore some of Philadelphia‚Äôs history of organizing around racial equity. Our Q & A session with Greene offered an opportunity to have a discussion about the practice of redlining, for those who weren‚Äôt familiar, and also about Percent for Art ordinances, which was the mechanism by which Greene‚Äôs work was commissioned. 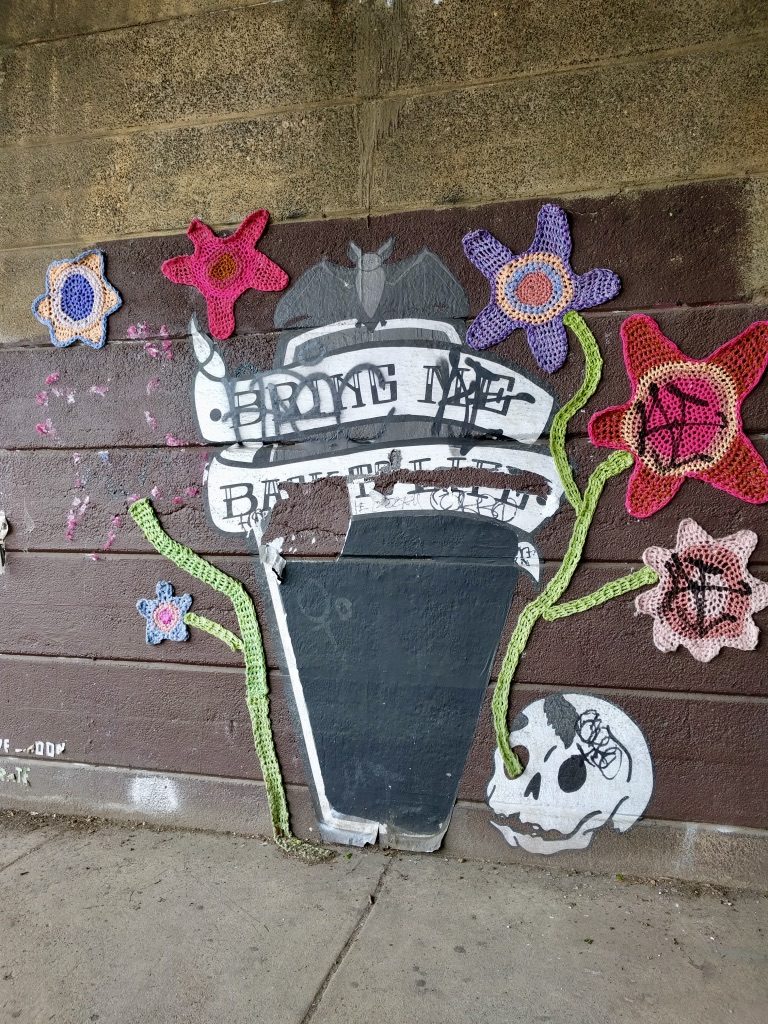 On Sunday, Dave Kyu, Neighborhood Program Manager for Asian Arts Initiative, offered a walking tour that traced the proposed boundaries of recent Business Improvement District proposals. There are two competing BIDs in the Callowhill/Chinatown North neighborhood where Asian Arts Initiative is situated. Instead of offering an opinion about which BID is ‚Äúright,‚Äù Kyu invited the participants to experience the invisible boundaries that shape urban neighborhoods and to discuss the audiences that are included and excluded by the proposed boundaries. An especially poignant experience of the dynamics of boundary-setting was when Kyu walked the perimeter of a narrow parking lot that is included in the proposed BID, likely because of the lucrative billboard on that lot. Adjacent to the parking lot but on the outside of the proposed BID boundary sits a Chinese Christian Church. Kyu also noted that some property owners probably requested to be outside the boundary, but since it requires 33% of property owners within a BID boundary to defeat the BID proposal, this exclusion also excludes these property owners from exercising their power in the process. Many of the participants on the tour were connected to Chinatowns in their home communities and the conversations we had while walking this proposed boundary were excellent opportunities to learn from one another.

Both of these tours offered an opportunity to reflect on how artists and arts organizations are often situated in developing landscapes that involve racial and socio-economic power dynamics. Those working with place-based arts and cultural strategies have many decisions to make about the roles we play in those dynamics. But as these two tours attest, there are opportunities for artists and arts organizations to invite each other and the general public into explorations and interrogations of these historical, present, and future terrains.

This entry was posted in Artist Facilitators, Backyard Spotlight and tagged Arts and Culture, Public Art. Bookmark the permalink.